Menon is a chartered accountant at J.P., Kapur & Uberai in New Delhi, where he is one of nine partners. He oversees management and operations, and specializes in international taxation, cross-border taxation, transfer pricing and direct taxes. Menon is also a trustee of the Columban Endowment Trust, a nonprofit organization. Menon is a fellow chartered accountant with the Institute of Chartered Accountants of India, where he also earned a Diploma in Information Systems Auditing.

Menon served as the Chief Coordinator for the Toastmasters’ Youth Leadership program in collaboration with the American Center in New Delhi and helped build communication and leadership skills for approximately 700 underprivileged children in six cities in India. He also served as secretary of St. Columba’s School’s alumni society Old Columbans Association, and in 2006, co-founded the publishing house, Ambi Knowledge Resources Private Limited.

A Toastmaster since 2002, Menon’s home club is Central Delhi Toastmasters. He has held a number of high-profile leadership positions within Toastmasters and has attained the Distinguished Toastmaster designation—the highest level of educational achievement in the organization. 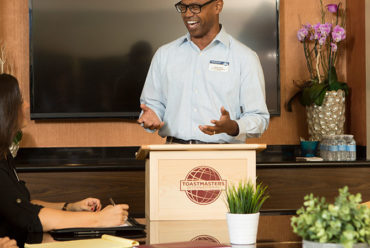